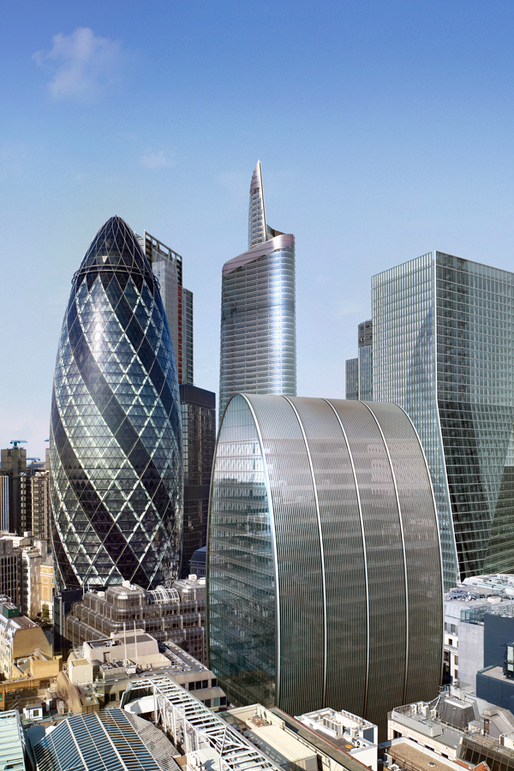 The London skyline has become a truly distinctive sight. In the last decade or so, a wide range of new commercial buildings have sprung up in the ‘skyscraper’ category, and these towering constructs have done wonders for the city’s image. Perhaps more so than any other city in the world, London is renowned for an eclectic blend of traditional and contemporary architecture, and both of these styles have become equally iconic. However, this already memorable skyline is apparently far from complete, and, this springtime, development will start upon yet another thoroughly unique building.

According to the Construction Enquirer, the second quarter of this year will mark the start of a building that’s been dubbed as ‘the Can of Ham’. Why is this? Well, just take a look at the shape and we’re pretty sure you won’t need an answer to this question! Given the fact that it’s intended to be situated right next to The Gherkin, and within easy sight of ‘The Cheesegrater’, it’s fair to say that the London skyline is developing a distinctly culinary flavour at present, and plenty of people have picked up on that. The design of the new skyscraper has been chosen specifically to honour that existing aesthetic though, so it’s obviously something that architects have wholly embraced.

A Long-Time in the Making

This new proposal should have seen the light of day at a much earlier stage than it did, as the original intention was for the building to go up at the 60-70 St. Mary Axe location several years ago. Unfortunately, this aim happened to coincide with the global financial crisis, so it’s taken a few more years to get the project back underway. Now though, the 24 storey structure is fairy imminent, but this forthcoming retail premise is far more than just a pretty (or perhaps an unusual) face.

Although the slightly tongue-in-cheek moniker of ‘the Can of Ham’ is probably intended to raise a smile and place the building firmly in the same vein as The Gherkin, this inimitable shape does serve a purpose. With so much glazing, the final tower should be extremely good in the department of energy efficiency, and a lot of thought has gone into the design. Vertical shading fins are planned as additions to the curved facades of the structure, along with glazed double wall insulation upon the end elevations, and the upshot of these considerations will be a colossal reduction in solar heat. Clearly, this is anything but a hurried project, as the attention to detail is there for all to see.

This isn’t the whole story either, as further innovations include borehole thermal energy storage and energy piles, and these twin augmentations will do wonders for the carbon emissions of the ‘Can of Ham’ (or rather, the lack of emissions). All told then, this new skyscraper looks like a worthy addition to the modern city of London, and even though people are already looking askance at the plans – probably due to the nickname – many other structures could take a lot from these eco-friendly designs. The London skyline is always changing, and we can’t wait to see this latest evolution.

Of course, there are plenty of prime London commercial property assets floating around already, even if not all of them are as well-known as this new structure will be. However, the experts at Prideview can guide you through all the unknowns in the property climate, and also offer you the very best deals for commercial property in London that you’ll find anywhere. Contact us by calling 0208 863 8680 or send an email to enquiries@prideviewproperties.co.uk and we’ll be happy to help.