Our annual charity cricket day, The Prideview Cricketers' Cup, continues to go from strength to strength, with this year's tournament, our 6th one, raising a record amount of £21,542 for our chosen charity, One Kind Act! 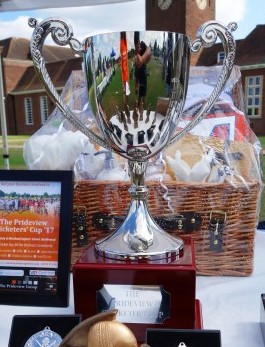 Click here to see the pictures and click here to watch our short video 'Meet The Team' filmed live on the day!

Thank you to all participants, donors, sponsors and volunteers for this fantastic effort!! Click here to see the tournament brochure once again, which details all the participants and sponsors.

The aim of the event as always is to provide a memorable day out for those from the property and business community whilst raising as much money as possible for charity. The funds raised from this year's tournament will be distributed to 3 projects in India, all of which are monitored and vetter by One Kind Act:

In total, 10 teams took part with qualification taking place across 3 groups (2 of 3 and 1 of 4) with 2 of the 4 seeds and 4 semi-final berths allotted to the 4-team Group (B) and the other 2 to each of the 3-team groups (A & C). All the seeded teams bar Monarch Commercial in Group C made it through, losing out on net run rate in a group where all 3 teams ended up tied! 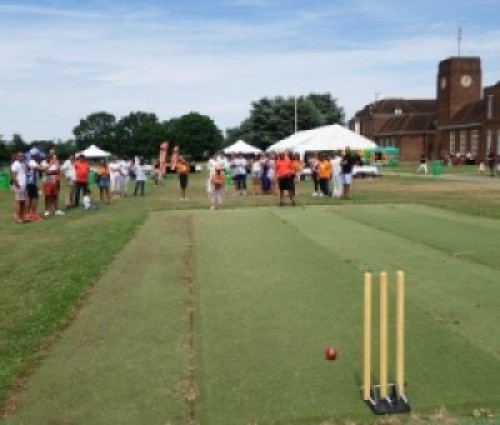 Whilst the cricket carried on, there was plenty on offer for spectators of all ages. About 50 women tried their hand in The Ladies Bowl-Out with the eventual winner, Chitra Prashar of One Kind Act, claiming the top prize of  a necklace donated by Lanaya Jewellery!

This year we also hosted several Market Stalls, comprising local businesses who made a donation in order to promote their goods and services to all in attendance. It definitely proved to be a successful initiative, adding an extra buzz to the day, and we look forward to welcoming more businesses along in future tournaments. 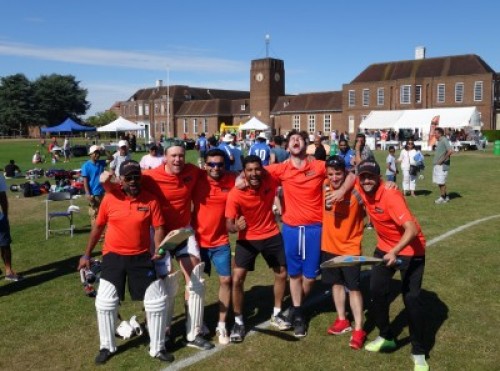 Results from the Prideview Champions Trophy were as follows:

The PCT final therefore became a rerun of the Group C encounter which Monarch Commercial comfortably won, however the tie was turned on its head in the very first over when Matt Taylor struck 3 times, meaning the hosts just had to hold their nerve to win their first final in 5 attempts in either the PCT or PCC!

Results from The Prideview Cricketers' Cup were as follows. Do note Axiom Stone's incredible 98 run defeat at the hands of Jade Pharmacy, which saw them lose 7 wickets in 5 overs - a result unheard of PCC history! 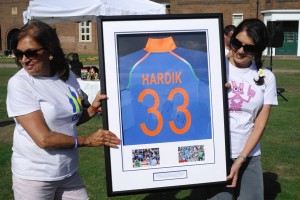 Before the Final, everyone gathered around for the Raffle and Auction. Almost £2,000 was raised in the Raffle with some fantastic prizes including a signed MS Dhoni kitbag, Fitbit Surge and catering at home for 25 people by The Original Pizza Maker. Thanks to all those who donated prizes and sold raffle tickets, it certainly made a difference. 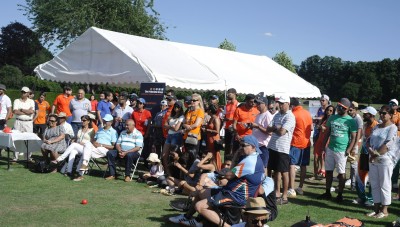 It was then over to David Margolis, auctioneer at Acuitus Auctions, to auction off 4 fantastic lots supplied to us by some of cricket's greats. He did not disappoint and neither did the generous audience. The auction was a resounding success raising an incredible £7,200, with the top lot being Hardik Pandya's signed CT17 Final shirt which fetched £2,500, more than what we thought would be our top lot - a framed bat signed by who else but Sachin Tendulkar, which sold for £2,100! A signature bat and ball signed by England's all action cricketer Ben Stokes went for £1,750 and 2 full hospitality tickets for one of England's upcoming Test Matches with South Africa sold for £850. Thank you all those who bid and those who helped us provide these lots, it has made a huge difference. For those of you with merchandise to donate, please note we are now accepting lots for our July '18 auction!

Whilst the majority of players could finally put their feet up and tuck in to the delicious Spice Rack dinner, it was left to Logicare, 2014 Champions, to stall the Jade Pharmacy machine. Jade Pharmacy batted first, and after a slow start soon got into gear with some massive sixes and smart batting driving them to an intimidating total of 58. Logicare came out guns blazing, plundering 27 off the first two overs, however the game was turned on it's head in the 3rd over by Jignesh Patel whose 3 wickets completely put the brakes on a brave chase and meant Jade Pharmacy were and are the undisputed Prideview Cricketers' Cup champions!

Jade Pharmacy beat Logicare by 19 runs to win The Prideview Cricketers' Cup for the 3rd time in a row! 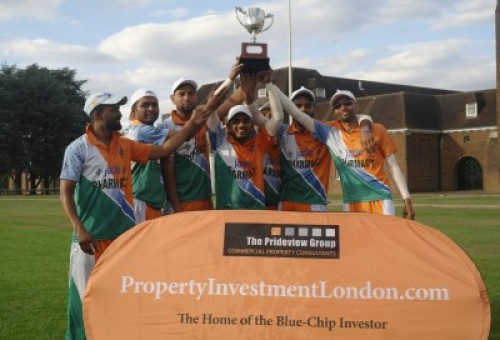 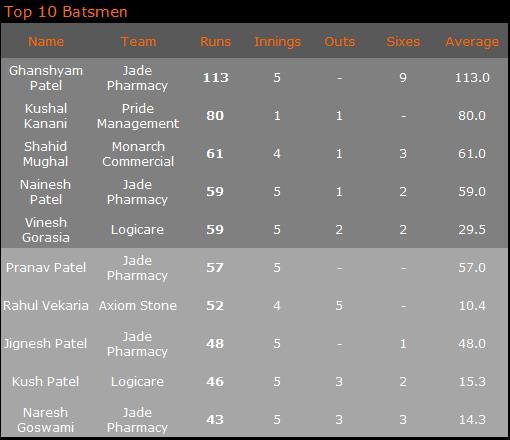 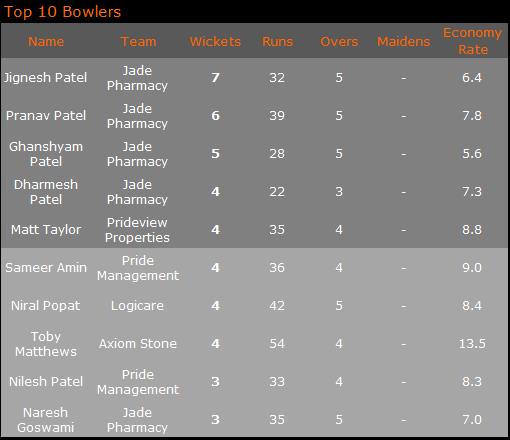 Congratulations to top bat Ghanshyam Patel, who put on a serious fireworks show with his 9 sixes and was awarded a souvenir bat signed by Hardik Pandya for his efforts!

Click here to see the tournament brochure once again, giving details of all the participants and sponsors. Thank you and see you all next year, and remember if you would like to get involved in any way get in touch! 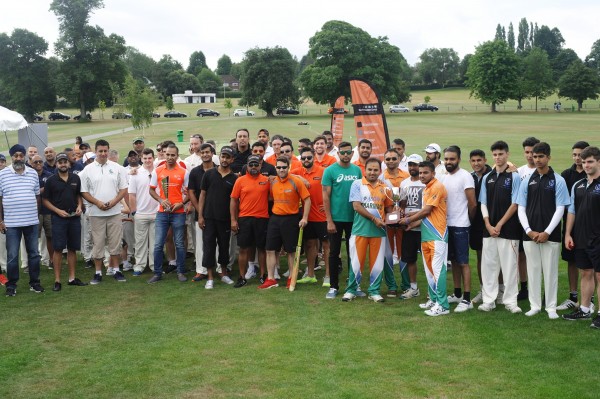 PrevPreviousShould you be looking at investment property for sale?
Next‘Strong and Stable’ Property Investment in Uncertain TimesNext 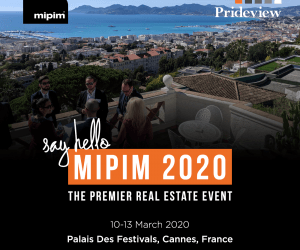 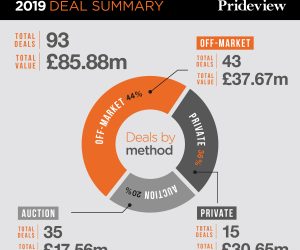 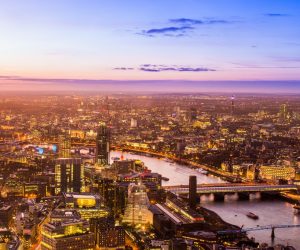