Read Part One Here:  The Shard

Due to their impressive collection of brilliant buildings, we started an interesting series that looks at some of the most iconic commercial property in London. We’ve covered The Shard and now we’re focusing on The Gherkin. 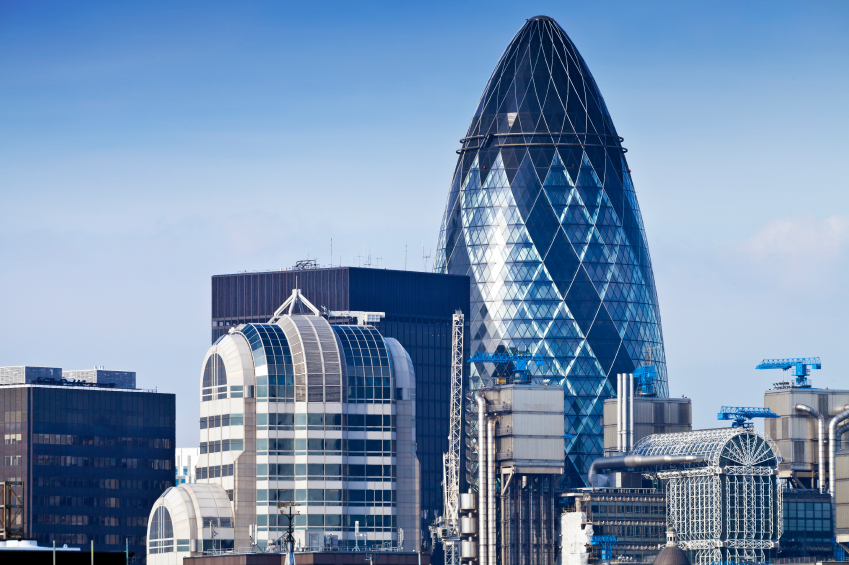 The Gherkin (30 St Mary Axe) is a commercial neo-futuristic skyscraper in London’s financial district. Construction was completed in December 2003 and it finally opened its doors in April 2004. The building includes 33 floors of offices, with companies such as Standard Life, Regus and Kirkland and Ellis inside.  It’s definitely become an iconic symbol of London. Considering its status, how much do you actually know about the building?

For example, did you know that:

7,249 planes of glass were used when building The Gherkin. This is equivalent to 5 full football pitches.

The lifts are extremely high powered. They have the capability of transporting around 378 people at one time at speeds of 6m per second.

Remains of a young Roman girl were discovered during construction. They were preserved at the Museum of London until they could be reburied.

The design of the building has won many awards, including the London Region Award and the Emporis Skyscraper Award.

Over 35km of steel was used during construction.

There is a private member’s only club on the top 3 floors. It’s one of the highest in the city. A non member would have to pay around £300 for a NYE ticket.

It has been featured in several films, including Harry Potter and the Half Blood Prince.

The building uses 6 large shafts as a huge ventilation system. This is used to cool the whole of the building.

It was designed by Norman Foster. He was also responsible for designing London’s Wembley Stadium.

The building has aircraft warning lights that glow red in the dark to alert every one of planes flying overhead.

There obviously aren’t a lot of buildings exactly like The Gherkin in London but there are some truly brilliant commercial buildings to consider when looking into property investment. We can offer advice on guidance to help you find the right one for you. Please contact us on 0208 863 8680 for further information.